A general pondering.
To the blog   Posts Follow blog

so some of you know this is my nickname. I can be a little prickly.

im like this as without it, it can feel like getting steamrolled at times, that my opinion despite it being mine is somehow invalid, wrong or not even worth considering.

secondly, being open about who i am and sex topics in general as woman, when your not used to it, is still very freeing. But can also lead to some miscommunications too.

im becoming aware that when trying to put a point of view forward, i know what im trying to say but often i think I've put it across and then realise it could be read another way. I don't know if this is me being cautious as im not used to being open and it not being clear or the dyslexia or .. Both.

so again with that in mind.

i am going to try and work on improving my communication and come across a little less abrasive. Although thorny has been needed and will likely need to come out at times, there is a way of being assertive without being abrasive ... Im not sure how yet but want to get better with it.

i also am concerned that as mentioned when i write sometimes i think it says what i want it too and then realise it can come across a different way. So im going to try to improve how i word things.

im putting this up as im going to try a few new things and want to improve but also know something might go unintentional wrong while im trying to improve. I really hope it doesn't. 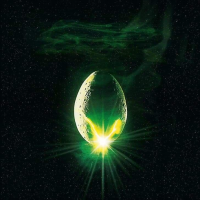 TheEdgeofDarkness​(dom male) - This MIGHT sound patronising, I swear it isn't! If you have a blog or post you want to make and are worried about it, simply ask someone to proof read it first. Someone you trust and someone the post isn't referring to.

rosethorn​(sub female) - Thanks for the input, (see im trying lol), its a good idea but i just don't have anyone who could do that with this topic. X

Bunnie - That’s awesome rose. Acknowledging room for growth and trying to improve upon that takes guts... much respect :)

SweetSirRendering​(sub female){Silentium❤} - you can add a disclaimer before or after if you feel it necessary, so you can feel free to write with your natural or intended flow.

i understand what you meant and including / considering your audience is important when communicating with others is your intention.

i also just had to add a lil clarification to my song selection in my last blog as i realized without the disclaimer it wouldn’t have the comedic effect i had intended.

cable’s suggestion is a good one! you may also consider writing it and saving a draft for a day and revisiting it, making notes here and there.

or a more impulsive blast of words with all their original meaning and impact may be true to your style :) if you don’t mind or care to explain later.

rosethorn​(sub female) - Thanks lovely, a good idea to save a draft and go back. It would be easier to not care or explain latter but... I suppose that's why there are thorns, because i do care x

i love that lil flash of what’s under the thorns you just gave me there. what a pretty fluttery heart ❤️ 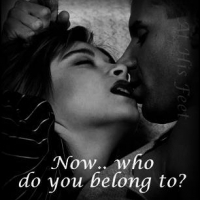 MasterBrads painpet​(sub female){OWNED} - You know your sparkly awesomeness is always here for you. You are going to do this with flying colors and sore. It may not be easy but you are trying. I'm so proud of you. 😊😊😅💖💖💖

rosethorn​(sub female) - Thanks lovely, its how to be assertive without being abrasive as i find without it (especially online) its very easy to get steamrolled and boundaries not being respected