Expression of my thoughts, feelings, and me growing to love my side I kept hidden.
To the blog   Posts Follow blog

I have scars. Ones you will never see. They run deep, and they are jagged. The edges may never fully heal. They started when I was just a child and continued from there.

Under the age of three I was placed in foster care. To float from home to home. Never knowing where and to whom I belonged to. There were days I would not be fed or days I did not have clothing. I was abused for the entertainment of sick twisted men. My soul was broken at a young age. I learned to mistrust and to hide within myself. I was almost feral in my hatred of others.

At three I thought I finally found my home, my happy place. I was adopted by a loving Woman whom I now call my mother, and a man who I shall grow to hate. The abuse didn't just disapear and stop because I found my home. Oh no, it seemed my home belonged to the Devil himself. The anger this man had could not be contained. There were belt welts, blood, bruises that kept me home from school for days until they faded. I would sit crying, hiding behind the couch, watching him beat the woman I call mother unconscious. Sick and nauseous knowing once she was, it was my turn. This went on for years. Until one day he decided to empty the bank accounts, sell our home, and disappear. It was a God send.

My mother and I struggled for years barely making ends meet. But we had each other. The physical pain was gone, but the mental anguish would always be at the forefront of our minds. I started work as soon as I was old enough, I wanted to help  relieve  some of my mother's financial burden. I made no time for friends, in my mind at the time people couldn't be trusted. So I focused on my studies and got straight A's. I finished high school a year early and went right into college.

I finally felt like maybe, just maybe I could finally relax to enjoy life. My mother had remarried and it finally seemed like life was happy. I was very popular in college, I had made a ton of friends. It seemed I finally could bury my past and finally move on. That was until one night when I was 19 and at a party, I had too much fun, one too many beers. I passed out on a bed only to open my blurry  eyes at the pain inside, to feel the weight, to hear the grunts. Alchohol was my saving grace. It help me slip back into unconsciousness, to not know what was happening to me. While passed out my friend rescued me, but by then it was too late. I had lost the one thing that was mine, that I thought no one could take from me. That I had hoped with it I could make one special memory in my life. That I could share and choose to give it to the first man I loved. But instead he stole my virginity. I may not remember the physical act much itself, but I remember the anguish and aftermath. My rapist chose not to use a condom. I was not on the pill, I had never had a need to be. So filled with shame I had to go to a clinic to get the morning after pill. I had to wait a month until I was truly certain no pregnancy  had resulted. The pain of asking a Dr to perform a STD test and having to explain why was unbearable. The wait for the results was worse. Thankfully a pregnancy did not happen and the STD report came back negative.

I lost my right as a woman to give my consent. I lost the only possession that was truly mine. I cut out all my friends, I hid within myself again. I did not allow a man to touch my body until I was 23. At that time I met the most amazing man, or so I had thought. He didn't push for more, he got to know me. He let me be the one to choose us being intimate. Once I did though I became overwhelmed. He had a sexual appetite I had never believed was possible. Sex was to happen whenever and wherever, however he chose. He pushed my boundaries and limits made me do things I felt uncomfortable with... why didn't I leave, why did I stay? Because he said he loved me. I had lost my self value and worth and wanted someone to care. This continued on until one day I found him in bed with my friend. He chuckled at my bewildered tears. Said I was never woman enough to fully satisfy him. He took my clothes and possessions threw them at me and kicked me out from his home and his life.

I was broken and shattered again. At this point I wasn't  sure how much more I could take. But I kept hope. A year later I met another broken individual one who had so much torment in his past like I did. He had turned to drugs and alcohol to numb the pain. When I met him he had been sober for 2 years. We bonded over our pain, grew close, and fell in love. He proposed on Christmas and I said yes. We moved in together. Life was finally happy. But as I learned it doesn't last. One day, when his pain was too much he turned to alcohol again. He beat me until my eyes were black and swollen, my face unrecognizable, and he broke 2 of my ribs. I crawled to the bathroom and called my stepfather to save me. He showed up with my stepbrother. Now both of these men are not little in any means. They were both 6 foot 5 and built like a tank. Needless to say once they were done with my ex fiancee he would think twice to lift his hand at a woman again. I moved back home. I hid in my room and finally lost the last piece of myself. I became a ghost just floating through life never truly experiencing it.

It took years for me to finally become close, to be willing to trust any man again. To this day I still have moments of extreme timidness. I apologize too much to avoid disappointing or angering people, loud sounds and sudden movements terrify me. Crowds overwhelm me. Soft sensual touches make my skin crawl. Being ignored is something I truly take to heart, I feel abandoned and unwanted. Often I end up in tears. Bunnie - How beautiful it is when we finally find those people who can help to show us our value until we can see it for ourselves. Thank you for sharing your journey with us :) 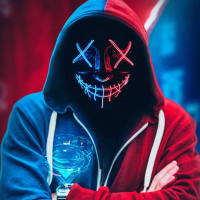 Kitten135​(sub female){Dragon11} - Thank you so much for sharing your journey with us. I am so happy you found someone who saw past your masks and was able to appreciate and show you the beauty in yourself.

Manda Panda​(sub female){Taken} - I am so sorry any of that happened to you 😞😢. Thank you so much for sharing your journey. I am so happy to hear that you found someone to make the past and the bad go away, to soothe the hurts and make everything better. 🤗🤗🤗 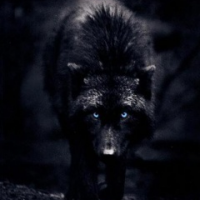 ObsidianWolf​(dom male){DarkKitten} - Oh my sweet kitten...you no longer need to worry about anything, I will take care of you. Everytime I read this, I feel a rush of rage and I want to go find the ones who hurt you and make them suffer...I will always be there for you, shielding you from harm, cuddling you when you need comforting, and being your Daddy. Sweet dreams, kitten