I don't know how many of you enjoy spicy foods but I love the stuff!  So long as the burn doesn't eat away every mother fuckn taste bud in my mouth, I'm game for trying it.  With that said I have an oral fetish with Sriracha sauce that may be unhealthy but ooooomg is it such a good slow burn!   Unlike some peppers or hot sauce, Srircha doesn't smack you in the mouth, grab ya by the balls and squeeze till the tears roll.  It's more like, bite one... mmmm that's some good flavor and such an unexpectedly light spice, I'm barely feeling it but its definitely there.  Second bite: oh yeah, there you are you spicy little bitch..mmm gawd that's so good. A slight sweat beads on the forehead and the mouth is alive with flavor and small stings.  Bite three or four: You're now drinking something because your lips are feeling like a ants have started tunneling through them, the tongue randomly smacks against the roof of the mouth and back of the teeth, while the throat is lighting up like ya just shot whiskey.  This would be the time to eat some bread, cheese, you know... acid neutralizer food or drinks to calm down the bitching your mouth has begun.  Repeat steps 1-4 until done... however when your Sadists and you have a Slave who's pussy taste ten times better than the Sushi you're enjoying you can't help but be curious..😈😈

From her side of it, it was warm but nothing she couldn't take.  Of course I'm unwilling to apply it directly to her clit or get the sauce up inside... she may be a masochist but not an extreme one and its simply way to easy to cause a great mood to go south so I thoroughly enjoy the spicy dessert served between her legs.  Sitting up with a new beard conditioner added, I'm quite proud of not only the way her body reacted but that she was willing to try.  I'm feeling rather smug as I plop another piece of Sushi in my mouth, bragging on how she makes everything taste better when she slow crawls from her slack position in the corner of our L shape couch to kiss my leg and dip her finger into the Sriracha sauce.  I can't help but pause and perk a brow.  My lil ^AngelBunny^ isn't big for thing with a lot of spice so now I'm curious how this is going to play out.  I'm expecting it to kick in and watch her cough, grab a drink and fall out fanning her mouth while complaining about her mouth being on fire.  She doesn't wait for the burn to kick in, instead she goes face down in my lap and ooooomg is she becoming quite the talented Slave in this department.  She sets to doing things that help stimulate me and by that I mean i have a masochistic streak just as broad as my Sadists so her teeth... are wickedly pleasing!  This isn't my first rodeo with spicy food, i know what to expect and I'm SOOOO looking forward to it.  A warm soothing sensation starts along the head and shaft but doesn't linger long due to the small amount she used but I appreciate it and tell her so.  MISTAKE! I have been encouraging her to let go... feel the wild side and just follow her instincts... her finger runs through the Sriracha like she's digging a trench and she SLATHERS this spicy sauce tip to balls, top to bottom and I'm like.... ooo fuck, this shit just got real!  I brace for the burn and sure enough the warmth starts in... then OMFG! She goes after my shaft like she eating corn on the cob and every scrap of teeth to skin lights a new smoldering ember till I simply can't control myself anymore.  I toss her head first on top of the couch, hers lovely rounded ass pooching out, just begging for punishment, gets a few swats as I double check that all the actual sause is off my shaft.  THAT is about the best amount of forethought I have while my mind is being chased by a fire imp stemming from the neather regions.  I must be in her!  This isn't an option! I need to claim this lil slave who has just went so far outside her norm that both Beast and I are singing war ballads in her honor.  We.  Are. Going. To. Destroy. Her!  She has endured nails, teeth, fangs , flogs, bruises out the ying yang but this... this will be our primal at it's best... worst... best... idk, whatever!

Pause for a slight science lesson:

What happens with spicy foods on sensitive areas (like the mouth), when water or just about any non-acid neutralizing fluid is applied?  If you say, it ramps up the intensity of the heat, you would be correct!  Guess what does NOT have said neutralizers?  If you said the vigina...  well... you earned a gold star!  Back to our story.

There was no build up, nothing to ease into and to say we was being patient would be delusional! Her kitty musta known something because it was so sealed tight that I thought I would need a crowbar but Beast and I have a theory... HIT IT HARDER!

The fire dragon she had hidden up inside that tight cave was drooling down her leg and breathing as much liquid lava over our shaft as it could afford to issue out.  Tip to nuts, is burning like coals being dropped on it and we are loooooving it!  But... this is Sriracha and that was only bite two...

By bite four, I'm running to the restroom holding my flame engulfed member, slapping on enough soap to clean an Alaska Malamute and nearly whimpering... fuuuck me!  That was so intense that after clean up, I can't even pee...  my body won't release and to top off the brutality of it all, that lil whore walks into the restroom like she's strolling through a field of fuckn flowers, plops down in the tub to clean up and looks up at me all sweet and innocent as she turns on the water.... "Does it hurt?"

🤣🤣🤣  yeah it was total worth it... yes I'll probably do it again but next time.... VENGEANCE IS MINE! Muhahahahaha!!

*sulks back into the shadows plotting his revenge.* 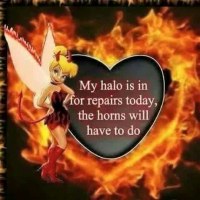 But I agree, Sriracha is 🔥🔥 but very addicting. Eat it on almost everything, even watermelon. ✨ 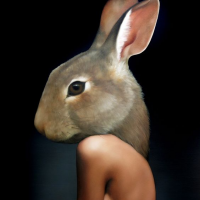 DaddiesPumpkin​(switch female){Not Lookin} - Hehe!!! 😅 oops sorry about that AngelBunny. I take the blame for anything that may occur from such notion. ☝🏼😆

And yess, it actually balances the spice to sweetness out well. 🔥✨

Max Heathen​(dom male){AngelBunny} - Hmmm wonder how that would taste off her ass... *eyes light up* 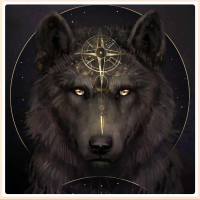 Literate Lycan​(dom male) - Just kind of speechless as I sit here eating popcorn watching the show . . . Like a Train Wreck you know is coming but cannot avert your eyes!!!😳

Max Heathen​(dom male){AngelBunny} - I take it you learned to put down the coffee first... wise man, LL.. wise indeed. 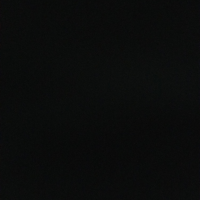 HGB​(sub female){Scottish M} - Maybe try a glass of milk to dunk it in after. Or a milk bread paste.

Max Heathen​(dom male){AngelBunny} - Yeeees.... *runs hands together thinking of possibilities with the milk.* thanks for reminding me 😎 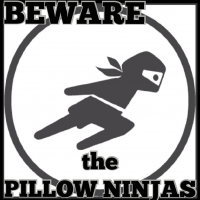 invisible me{Trust} - I laughed so many tears i had to take my glasses off!! They kept fogging up!

invisible me{Trust} - I have been advised to suggest that you try it with sambol... 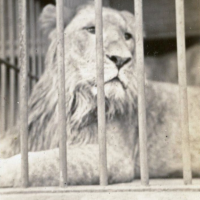 Lion​(dom male){Hazel Eyes} - Max, if you really want to test your pain tolerance get some of those listerine breath strips, the ones that dissolve on your tongue. My last slave did that to me, said it would be fun. A whole new experience is all I can say. It burns. Thanks for the laughs my friend. 🤣🤣 red weiner, red weiner.🔥

Max Heathen​(dom male){AngelBunny} - Even better when you start with toothpaste, then add the listerine!😍🤤😈😈