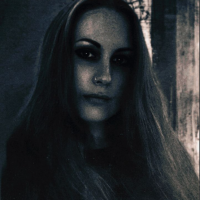 For the longer version: i work a corporate role, fairly senior. Discovered my Asperger's at the age of 32 - suddenly everything made sense. i have a not-so-little child, who is also ASD, though it's not that noticeable to some.

i have the usual interests of music, movies etc. Music is definitely metal and is mostly in the realms of deathcore, death metal, black metal ...i could go on, but don't want to bore you. Movies, i love a good psychological thriller, something to make me think about it for days afterwards. Failing that, a good action flick where they blow a lot of shit up works too. Enjoy a good series to binge watch... Looking forward to the next (last - sob) installment of The Last Kingdom, the second season of The Witcher and next season of Vinland Saga. All three will be epic. i love a good documentary too.

i read, or listen moreso now, too. Mostly to nonfiction. Might be something to do with my work, animal related, psychology related (just an interest) or an autobiography. Haven't read fiction in a while now. i get most of that from the writings on another well-known kink site; some talented people on there.

Big Rugby Union fan and it's not because of men in shorts (though that is of course, an added bonus). i actually really love it. And i curse much more than my usual potty-mouthed self when watching it. The world stops when the rugby is on.

Very slightly obsessed with Norway. Have been since i was about 5 years old, watching some documentary. i will get there one day; such beautiful landscape. Some great bands have come from there too :) Find myself fascinated with Viking history, not just the popularised version (can admit that they are worth watching though!). Be nice to find my own Viking ;)

i love to be outside. i'm chained to a desk at work so try to be outside as much as i can when not working. To that end, i have a love for walking, just to be outside, preferably offroad though. Around 3 years ago, my dog and i would run together off-road too but i sadly lost her in June this year (2021) at the age of almost 16. She was my best friend. To honour her, i have rescued two dogs from a shelter in Romania and they arrived on Oct 3 ('21). Hoping i can train them to run with me but that will be after they actually listen to any of my commands!

Animal lover does not tell the half of it; it's the reason for my veganism. i hate any kind of use, abuse or exploitation of all animals. A hill i will die on. A soapbox i'll get on (best not to get me started). However, i'll never force my views on others. Someone wants to debate me on it, let's go. But i don't preach my veganism to anyone.
BDSM and me
i'm newish to this site but not new to kink. i identify as a submissive masochist, drawn to the Old School ways of the Lifestyle. i have primal prey leanings, which are a relatively new discovery for me. What i 'am' or what i like, has evolved over the years and rather than mellowing in my late thirties, i find myself wanting harder and heavier - both in music and kink. i'm ridiculously independent but love to be taken mercilessly, then looked after, protected...i love impact play, needles, knives, but also the soft touch of fingers through my hair.

my One, ideally, will be a sadistic Dominant/Primal Predator with a little Daddy in Him. The dynamic i want/need is a longterm relationship, all the vanilla stuff, mixed in with the kink; a monogamous, 24/7, TPE dynamic. Whilst i would like my D-type to have a little Daddy in him, i am not a little. i don't regress or age play. It's more the nurturing side that i look for when i use this statement. i also don't have a dominant bone in my body when it comes to the Lifestyle. i do not switch. Ever.
i am not interested in online only roleplay/dynamics, NSA/hookups or something just to pass the time.
Unfortunately, due to my circumstances, i am unable to relocate. Please remember that if you contact me.
Limits
Animals; kids; scat; vomit; permanent damage; head shaving; anything involving my job; ABDL; ass to mouth; enemas; findom/me; switching
What's new
i have a new found hatred of the ocean, specifically, the Atlantic Ocean. Don't get me wrong, i'll sit and watch the ocean all day and get peace from that. But the Atlantic?? It's in the damn way.
Update date
Jan 28, 2022
Member since
Nov 27, 2021
UnleashedChaos blog - "Put a Leash on chaos"
Forum posts
Send a message
Follow us:
Twitter Instagram YouTube TikTok