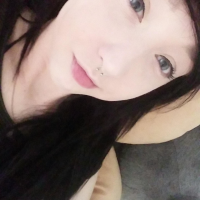 Gender
Female
Age
21
Relationship status
Single
About me
Hey all, im just an open, playful girl out exploring and having fun..
might not be the most regular girl ever, but still rather fun and sweet i feel. *smiles*
try to be kind, open and respectfu to most anyone i meet.

big believer in personal honesty.. dont really like buying into things just because its the popular opinion, or what you're supposed to believe in..
had a couple of pretty big realizations about feminism and traditional gender roles pretty recently.. and that those roles started for a reason, is as much biological and instinct as cultural and societal *shrugs*
about how peoples instincts lay to dominant and submissive by nature..

masculine instinct is to lead, take charge, take control and take responsibility.. to protect and provide..
feminine instinct is to support, follow strongest man, nurture, obey and please to earn place kind of..

modern thinking flipped that, men are dangerous, selfish and oppressive, women are strong, independent and oppressed..
and its just so much bullshit you know, we are who we are, can try to change but.. well gender roles and views came into being for a reason :P
isnt chauvinism, isnt misogyny and certainly isnt evil..
its just natural instincts and biology, can fight it sure.. but wont ever go away! *winks*

is a kind of a movement i feel that people think.. girl would be dumb if she wants to be a regular housewife and have a man provide for her...
and a man is evil if he wants an obedient respectful girl at home...
is kind of insane really *shrugs*

like i said had a realization recently.. always enjoyed playing a submissive role in bedplay... but was just some kink you know.. *naughty smile*
but now starting to see more and more.. its natural and sort of necessary and not just in the bedroom, by very nature.. men are dominant and women are submissive.. dont all live up to it, live it out.. but its still there
most girls wont admit it but deep down all want a man to smile proudly at them and call them a good girl

so yea dont always fit in.. but i enjoy being me so aint gonna change *winks*

not quite a party girl, but not entirely a stay at home girl either.. depends on mood and situation.. but just as happy snuggling on couch with a book as out with friends!

like i said im open and try to be honest in all things, dont like to censor myself... but isnt a reason to be mean or rude i feel..basic respect and courtesy isnt hard really hard!
is a bit too much expectation in people online, especially girls ive found that... they can act how they want, be as arrogant, rude as they want and they should still just...
be given respect and consideration anyway.. that people should be grateful they even look their way and a sorta feeling that men are bad for following nature and wanting to be attracted to girls!
haha is nothing wrong weith a look and a wolf whistle! *winks*

other then that.. not a very ambitious girl me, and well.. always been a bit spoiled i'll admit.. so dont have any big plans, dreams or anything.. im just.. going with the flow for most part.. hah