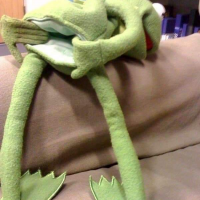 Figured I should probably add something here, even though I don't want to lol. These things always make me feel like I'm writing a resume.

Ummmmm.... (there was a legitimate 5 minute pause there, in between sentences because I forgot what I was doing)

I'm mostly here looking to make friends and meet like minded people. It's incredibly hard these days, given the state of the world. I also live in an area of the world where these things are frowned upon.

That being said though,  I'm generally a very quiet person and "lurk" a lot on the site reading blogs and hanging around in the chat. If you want to talk you'll PROBABLY have to send the first message. But like I said above I'll talk to anyone and everyone, I'm a very open person.

I take this test once a month or so, and it's almost always very close to the same results, so I'm just gonna leave this here:

(That's it, you only get one sentence lol)
Limits
NOPE, NEVER

- If your body considers it garbage and expells it, then so do I
I think this one is pretty self explanatory. Although one time I experimented with a person who was pretty into degredation and basically begged for a golden shower... It was not for me, speaking from experience.

- Permanent marks (play marks anyway)
I do like seeing ownership marks or items. I do like knife play very rarely, requires a very particular mood. But I can't draw blood or leave any permanent marks.

- Face slapping
I'm all for degredation, and sadistic styles of play sometimes. But at least personally, it's just a little too much for me to hit someone in the face.

- Permanent Dynamics
I do have a vanilla side, and I'm a very quiet and passive person and can't keep up the "dynamic" side of a relationship 24/7.. For me, that's for outings and time spent at the house and or in the bedroom. I respect those who want that 24/7 dynamic, but I can't personally uphold that. I need some "breathing" room sometimes (:

- Receiving any kind of submissive actions
I don't identify as a switch and don't have any "switchy" tendencies, but there ARE things that I do like. I DON'T like being choked, and absolutely nothing goes near my backside unless you're ready for a fight lol. I also won't go into restraings or be tied down in any way.

- Slave / Sadism / Extreme Bondage / Electric stuffs / Hilariously large toys etc...
I'm a very open person and I love a good rough slightly sadistic "session" from time to time, but it's generally not part of who I am. I don't like treating people like animals, using them as footstools etc... I'm open but it varies per session and depends on my mood. I'm also not really into tying up someone in ways that might hurt them for long periods of time.

What's new
I'm still the same ole boring me that I've been for the last 31 years. (:

I've recently started to more seriously look into finding a partner. For long term. Life has shifted a little bit for me lately and I'm starting to feel the tug of loneliness. I'm hoping to find someone to spend my time with as I have a lot of it lately. More than just in the life. I want someone to play video games with, watch movies with and have drinks and play board / card games with. I have no need for a large group of friends. I just want one. One special friend.

I, am in every sense of the word, an introvert. I don't go out on my own unless it's necessary. Just hoping to find someone to share my hobbies with and build a life with. I own my own home, just me and my dog. We'd love to bring someone into our little cave here.
Update date
Sep 8, 2021
Member since
Jun 5, 2020
LearningThings blog - "Fear"
Forum posts
Send a message
Follow us:
TwitterInstagram