A term you may not have heard of, however, is “funishment”. Similar to “punishment”, “funishment” is a helpful addition to your language library in order to help explain your interests – and distinguish them from the habit-building use of punishments.


Punishment vs Funishment? What's the Difference?

If you haven't heard the term "funishment", don't worry; you're not alone. It isn't some common term you've just missed out on; it's very specific to the kink community - and pretty specific to those kinksters who enjoy punishment-fueled dynamics.

The difference is this:

Funishment is the roleplay of a punishment for arousal's sake while punishment is a negative consequence, designed to eliminate a specific behavior, after doing something wrong.

See, a lot of people fantasize about being "punished" - only, in their fantasies, the punishments are hot and arousal-inducing. Those same punishments might even end up in orgasm. Misaligning the tablecloth (so you earn a spanking!) or sloppily mopping the floor (so you have to get helplessly “locked up” in the dungeon) are pretty common fantasies.

And "punishments" that are such a good time that they end in sex are probably not the types of negative feedback that are teaching you to avoid committing the same act in the future.

This is where the term "funishment" came from. "Funishments" are roleplay scenarios crafted for fun and arousal where one person intentionally does something "wrong" - but only so both partners can enjoy the resulting "funishment".

This leaves punishments as an unwanted, negative consequence for doing something wrong that's designed to reinforce the idea that you don't want to do that again in the future.

If you want the resulting punishment for doing something wrong, it's probably a “funishment”.

Still confused? Let's talk about some common examples of both.

Turned on by the idea of being "punished" for some arbitrary wrongdoing? Funishments are probably the category for you! Whether you both choose to go into roleplay characters to add the realism - or just enjoy funishments within your own, everyday dynamic, "funishment" can be a fun way to instantly shift the dynamic into some kink play. All it takes is a poorly completed chore.

By labeling it what it is (“funishment”), the two of you are able to pre-plan a scene and idea – which ensures everybody is on the same page. The top knows that the dishwasher was loaded poorly because you both agreed on it as a great way to segue into a spanking scene – not because you didn't listen to their instructions last time they lectured you.

You can see where the distinction between “funishment” and “punishment” can come in handy when we start talking about the expectations around chores and assignments. When you and your partner have very different ideas for a resulting “punishment”, frustration and resentment ensue.

If you're the bottom who's intentionally getting things wrong in hopes of that big "funishment" - and your partner doesn't know - you're just going to look disrespectful of the dynamic. Your partner may get frustrated that you regularly seem unable to complete the most-basic tasks - and that can lead to a lot of resentment.

If you're the top who's attempting to dole out "punishments" to turn your bottom on, you might find yourself surprised that your partner isn't responding with arousal at all; they feel terrible that they let you down! If the miscommunication continues, your bottom may feel jerked around by the dynamic. How are they supposed to know when their poor job on a task is about to get them a stern talking to - or an orgasm?

Having a discussion about your desire for "funishment" - and potentially talking about when/where you want to act out those scenes - can be a great way to ensure everyone is on the same page. This ensures both parties are excited (and ready!) to get turned on - instead of confused, angry, or frustrated.

After you've had your discussion, here are some common "funishment" ideas:

As we clarified earlier, punishments are done to help prohibit or change a behavior. As many kinksters still end up in punishment-based dynamics, punishments get used a lot more often than you'd think - especially in power exchange relationships! Especially for some, the idea of getting their penance done and over with - physically - and then moving on can feel extremely cathartic. It can be mental reassurance that the transgression is forgotten and everything is back to normal.

Picking out a specific punishment is an extremely personal experience. This is because every single person has a unique pleasure profile. For one person, eating hot, spicy peppers is akin to a terrible punishment - for another, that's just a good lunch.

The same happens in kink realms. One person may find standing in a corner for an hour to be a boredom-inducing punishment. Another might have an ignore kink - and find it hotter than hell that they're being entirely ignored for an hour.

This is why it's important to know the person who is receiving the punishment. Knowing what turns them off, what they dislike, and what they hate will give you most of the information you need to craft punishments that are perfect for them - and punishments that suit the "crime" they're being punished for.

Because while you want to punish them, the idea isn't to go too far into abusive or mentally harmful activities. For example, for someone with a phobia of spiders, making them watch a pet spider in its cage for an hour may be going too far - and leave them with lasting anxiety from the entire experience.

So, the punishment needs to be unpleasant – but not something that provokes large amounts of anxiety or a fight or flight response.

With that in mind, here are some common punishments you can explore with your partner: 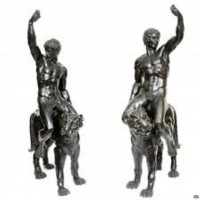 Jason submale​(sub male)
Funishment sounds fun
03/23/2022 04:35
All magazine articles represent the opinions and thoughts of the authors only.  Nothing purports to suggest an absolute truth.
Follow us:
TwitterInstagram
The Cage Magazine