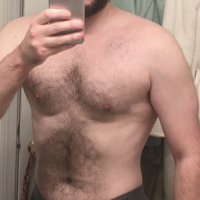 Personal Ad
Seeking Relationship with a Sub
Nerdy, fit, college instructor looking for someone that I can connect with in and out of the bedroom. Open to something casual but ideally looking for something that can grow into a more serious relationship. Ideal relationship is one that is very kinky in the bedroom and with elements of a D/s dynamic outside the bedroom as well. Some more detail about what I'm looking for in a relationship: What I want is a relationship that incorporates D/s beyond the bedroom but that doesn't dominate (no pun intended) the relationship. I'd like to be with someone whom I share non-kink interests with. I want to be able to talk about and do vanilla things. I don't want to feel like I have to be "on" as a Dom all the time and I don't want my girlfriend to feel like she has to be a sub all the time. At the same time, I do want some aspects of D/s to weave throughout the relationship. Elements of traditional gender roles would be present. I would want to take on a more leading and protective role. There might be elements of domestic discipline. The specifics would obviously be worked out over time and depend on the wants, needs, and chemistry of both people involved but that's the general idea.
Age
36
Relationship status
Single
About me
Fit, nerdy, kinky, and monogamous guy. I'm currently a Ph.D. candidate (in the social sciences) and college instructor. The post-Covid shakeup of higher education has got me looking to make a move into the private sector though.

Non-kink interests:
Reading (mostly sci-fi/fantasy and politics, been on a Stephen King kick lately)
Videogames (mostly RPGs and strategy)
Board games (when I can get a group together)
Rock climbing (specifically indoor bouldering, was getting into it before Covid and hoping to start up again)

Favorite books and shows:
Star Trek: TNG
Buffy the Vampire Slayer
Lord of the Rings
Anything by Robert Heinlein
Firefly
Classic Simpsons
Pretty much any documentary

== Results from bdsmtest.org ==
100% Dominant
99% Degrader
90% Master/Mistress
89% Sadist
87% Rigger
64% Owner
51% Brat tamer (not sure how this is so low, definitely something I like)
51% Experimentalist
48% Primal (Hunter)
44% Daddy/Mommy
43% Vanilla
24% Ageplayer
5% Non-monogamist
2% Exhibitionist
2% Voyeur
0% Switch
What's new
I'm looking for a monogamous relationship with someone I connect with in and out of the bedroom. I'm open to something casual but I prefer a relationship.
Update date
Sunday, July 11, 2021
Member since
Sunday, July 11, 2021
KwsatzHaderach blog - "Thinking About Kink"
Forum posts
Send a message
Follow us:
TwitterInstagram