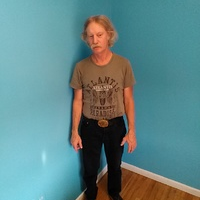 Gender
Male
About me
I am a SWM, 64 and I am in good shape and not overweight. Both dominant and submissive. I am a switch.
I am intelligent, knowledgeable and have many good traits and interests. I am multilingual. I use the user name  notavanilla. I am vanilla in my life but in my sex life I am not always vanilla. I have many interests and abilities. I am reasonably attractive and am seeking a woman that is reasonably attractive and not overweight. I am in reasonable shape and I hope to be involved with someone who is. I don't rule out anyone but if your seriously out of shape then you will need to get into shape with a plan and purpose and work at it.
I have never married and I have no children. I had a girlfriend and she died from a heart condition that was a lot like what killed John Ritter ( an actor that was on Threes company ). Nobody knew she had this problem and I do miss her but I am now looking for a new relationship.
I am very easy going and have a great sense of humor. I am not at all moody and do not have a temper. I am a joy to spend time with. A lot of fun. I am a busy person. I have a lot to do and I do work hard. I do have time for a woman and I make that relationship a priority over work.
I do love and I can do a lot of it. Interested in doing a lot more once I find someone.
I really want to get married and hope to find someone that wants this too.
BDSM and me
Both dominant and submissive. I am a switch. I am looking for a woman right now and she must be one of the following.
Slave, submissive, masochist or switch. You would need to be masochistic sometimes for any of these.
I want to have sexual experiences with a woman that includes nudity, bondage, tortures, whippings and sexual use and abuse. I have some experience with this. I love to dom but I am also masochistic and want a woman that would like to experience masochistic scenes together. I will also dom her and want her to learn how to dom me if she doesn't already know.
I do not do BDSM or domination as part of punishing a woman. I use it only for sex. I use it to excite and stimulate the body and the mind and then I will always have sex with my partner. There may be some pain but I double down on the pleasure. I do not control my woman's life as a dom unless she wants this. I don't bully or intimidate women either. I treat them as a equal. I never hit women or use my strength against them. They are my partner and my most close friend.

I really liked what this woman Jean said about her relationship with her husband Jon.

I recently came across this remark in a comment to a post at a group, "I play with a couple and they tell me it makes their bond much stronger."

YES, that is 100% true in our case as well. People sometimes ask me why, if I'm a masochist, didn't I marry a sadistically oriented man instead of a masochistically oriented one just like myself. And, my answer is because, no matter how tender the after-care, and no matter how much he said he loved me, the fact that I would know that he gets genuine pleasure out of torturing and tormenting me would always leave a seed of doubt in my mind, and I'd always wonder if he really loved me or if he was just selfishly exploiting my masochism for his own personal benefit and gain. I don't have those doubts with my husband.

I mean, in the heat of sexual passion people will whisper things like, "Oh, God, Baby, I love you so much I'd die for you". But, it's just pillow talk. Remarks like that are just sweet nothings. A lot of husbands who say that to their wives in bed will run the other way, and leave their wives high and dry to fend for themselves, if real danger came their way. My husband, jon, isn't like that. I know that he'd deliberately put himself in harms way to protect me. I know that because I've watched him do it many times.

When the two of us are in an S&M situation, jon has actually sacrificed himself in order to spare me from further pain and suffering. We've been in situations where he's pleaded with the people torturing us not to stop his pain but to stop MINE. The two of us have been put in "predicament bondage" situations where he's had to keep his body is some VERY strenuous position because if he relaxed our bondage connection would inflict pain on me in some way. I've watched him strain and struggle to the point of screaming trying with everything he had to maintain his own anguish and misery rather then relax and be the cause of my pain. I've watched him do that to the point where it broke my heart, made me cry, and compelled me to literally beg him to get some relief and let me share the torture with him. He never does that until he reaches the point where he just can't physically keep it up anymore and just can't go on any longer. And, when he does relax, and it does start causing me pain, it breaks his heart to see what it's doing to me. He'll actually cry too and actually beg me to forgive him for not being stronger. He won't even let me endure it for very long. He'll start straining after as little rest as possible to try and regain the position he has to hold to prevent hurting me.

I ask you, how could you not love a man like that. And, because he does that for me, I tend to be just as selfless and self sacrificing on his behalf too. Yes, I watch people treat him like a dog. Yes, I watch people abuse him as if he were just a spineless wimp. But, I know he isn't. He has a status in my eyes that no Dom could ever have, and I know his love for me is genuinely true in a way that no Dom could ever really convince me. We share a bond that's probably stronger and more enduring then the vast majority of married couples. And, it's mainly because the two of us are masochists and because the two of us share situations where we have the chance to prove our mutual love in the most meaningful ways possible. So, I can certainly agree with that comment above.

After reading way I said above, I guess you can probably understand why my husband and I say that when we're tortured together by other people we're actually making love to each other. :-)

Give this a read and its a beautiful story.
I would like to find a woman that would like to have a relationship of this kind. That would like to build this kind of bond with me. I am not a cruel or hateful person. Some people may look at BDSM as an assault or attack but others may look at it as a caress or an act of love. A just more elaborate way of foreplay. It is a way to build an incredible bond with another person.
I am not looking for a little or babygirl. I want to be a strong man with a strong woman. This can help make that happen.

Now before leaving you let me offer a song.
https://www.youtube.com/watch?v=fDxzQJaA228

Limits
I have some but I do like to play rough. I am not interested in really harming anyone so I use a lot of caution when I do play with people. I do not like and do not draw any kind of blood.
I do not care for watersports or scat or animals or any of those things that are usually forbidden.
As a sub I am interested in bondage and mild tortures and fairly hard whippings. I hope to find a woman that really wants these. I only want scenes as part of sex and otherwise I want a vanilla relationship. Totally equal and fair. I want to invest totally in that relationship with that one woman.
What's new
I am back in the United States. I lived 4 out of the last 8 years in Europe. I have been in NYC for a few years. I am however from the midwest. I am not sure if I will return and live there in the midwest. I am in New York City now and will be here for a while but then I may move to anyplace that I like more. I will be willing to relocate if I meet a special woman that I am very compatible with.
I really hope some woman will come forward and at least have some correspondence with me.
I am very intelligent and have a really good sense of humor.

Give me a call and let's chat and yes if you want we can meet anywhere you like.