This is a gigantic question with so many answers. With the breadth of human sexuality, it's impossible to truly answer it in a way that reflects how every individual might feel. People get into kink for various reasons - and their reasons are just as varied as their kinks are.

Some common examples, however, include:

More Sexual Options: Some people don't get into the world of kink because they've been fantasizing about a kink for years. Especially for established couples, some couples get into kink because they're looking for new things to explore together. Kink activities offer a whole new range of sensations and activities to explore - and after years and years of oral sex, handjobs, and intercourse, many couples are looking for some excitement in the bedroom to keep things fresh.

No matter the reason, it's common for people to start their experimentation off gently. They might play with Velcro cuffs - or blindfolds - and find they enjoy the new sensations. For some people, that's exactly where their journey ends - and there's nothing wrong with that. Everyone has their own comfort level with kink - though since you're here on The Cage, I'd guess you're looking to go a little further than simply blindfolds. ;)

For many others, however, their curiosity will be piqued, and they'll find themselves looking up more information to try out different kink activities - possibly including power exchange (like Dominant and Submissive interactions) or other kink activities.

What is a Dom?

The common kink acronym "D/s" stands for "Dominant/Submissive" - which can be shortened to "Dom/Sub" or “D/s”.

You might commonly see the "leader" half called these things:

It's important to note that the choice of terminology is a personal choice. Just like someone can self-identify as tall, short, medium height, giant, or munchkin – regardless of their height, someone gets to choose how they identify in the kink world. A person's identification might even change depending on the partner! They might be a "Master" to one partner - but a submissive (more about that in the next section) to another partner. It's entirely personal!

This means that you'll find quite a few discussions about what being a "Dominant" really means - or people attempting to pigeonhole these terms into even-further, more-specific categories.

If you identify with those thought processes, feel free to put in your opinion, but remember: this really is a personal journey and a personal way to identify yourself. Arguing the semantics between "Daddy" and "Master" isn't likely to help you further your kink knowledge - but feel free to read those discussions and see if it helps shed light on thoughts you have about yourself or your future ideal play partner!

It's also entirely common to start off in the world of kink thinking you're one identification - then changing it up as you continue to learn more about yourself. That's totally normal - and don't think twice about it!

What is a Sub?

Remember how we talked about how the term "D/s" was often used to describe a kink relationship? "D/s", which stands for Dominant/submissive, is often abbreviated as "Dom/sub" - which is exactly what "submissive" stands for.

A "sub" is, commonly, the person within the dynamic who follows the instructions and leadership of another person. A submissive, generally, agrees to give up some of their own decision making to a trusted person in order to follow the decisions made by that person.

Like Dominants, the “Submissive” partner can fall under quite a few different titles, too:

Okay, one point for clarification: almost all of the above identification titles are used for self-identification and for signifying how that person would fit in within an exchange between two (or more) people. They imply some sort of give-and-take of ownership.

However, Top/Bottom's definition is outside of that - and (generally) agreed upon by most kinksters: Top/Bottom is usually used to relate to who is giving (Top) and who is receiving (Bottom) an activity - entirely outside of a committed relationship or power exchange scenario.

This basic terminology allows people to discuss who is giving and receiving an action without automatically implying the giver/receiver's roles.

Let's work through an example:

You see two people doing rope bondage. One person is tying up the person, and the other person is being tied up.

You could say that the person tying is the "Top" - while the person being bound is the "Bottom".

This allows you an easy choice of language that doesn't imply the two people have a dynamic. Otherwise, you'd be stuck calling one the "Master" or "Owner" and the other person a "Pet" or a "Slave" - and for all we know, it's possible two best friends are taking turns tying each other up in order to practice.

"Top" and "Bottom" lets you discuss activities (and how humans fit into those activities) with ease.

Feel free to identify as a "Top" or "Bottom" - especially as you're starting out. You may not figure out where your distinct desires lie - or it's possible that you'll find that you never really find yourself attracted to much of the power exchange stuff at all. That's cool too!

What is a Power Exchange Relationship?

So, I've used the word "Power Exchange" a few times now without specifically defining it. Sorry about that. But I feel that it's important to understand the basic self-identification before we can figure out how those selves come together in groups.

And that's essentially what a power exchange relationship boils down to: people of different kink identities coming together to consensually agree to give - or take – power within the dynamic.

This power exchange relationship may be limited in scope (like "only while having sex") or it may permeate the entire relationship (including the boring stuff like chores!) - and the way the two people relate to one another.

Someone is giving up some of their "power" to a specific person - and that person is making a conscious choice to take that power - and use it responsibly. That's the basis of what we're talking about when we say a "power exchange relationship".

In practice, this might look something like a dominant commanding a submissive to drink their daily water intake – and threatening a spanking if it isn't followed. That same scenario has the submissive going out of their way to do something they wouldn't do (drink their water) because their dominant partner said to do it.

As noted, however, power exchange can happen inside and outside of sexual activity. So next time our example couple is getting naked, the dominant partner might be commanding the submissive partner to perform a strip tease – or provide oral sex. It's all about both parties agreeing to set up a relationship where one person issues commands – and the other person does them.

Giving up or receiving power is not a prerequisite for enjoying kink; it's just happens often enough alongside kink activities that it's definitely something you'll want to know about.

Wear a blindfold during sex. Kinky. ;)

Get out the cane and cane your partner for not licking your toes properly. Kinky. ;)

Suspend your partner from the ceiling for three hours in a pseudo-meditative state as you supervise - and don't interrupt them. Kinky. ;)

It's entirely up to you and where your interest in kink lies. As most people find themselves exposed to new kink things, they, slowly, end up finding new things that arouse and excite them.

But you really don't have to. If you want to stick with blindfolds, feathers, and velcro cuffs, please do. Play where you're comfortable - and be instantly suspicious of anyone who says you're doing it "wrong". (Unless, of course, they're communicating that something you're doing is unsafe. Then you probably should listen to what they're saying - and take it under advisement. Kinksters tend to try to be helpful that way. Nobody wants to see anyone get hurt!)

However, as noted before, that's not even sorta a comprehensive list. It's just a picking and choosing of some activities that pop up a lot. Don't feel limited by this list; find out what kink activities appeal to you! 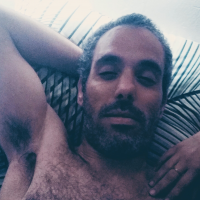 Dilvar​(sub male)
Wow. That's a brilliant and very much professional and accurate text, I read every word you wrote although I knew all that was written by you.. still after 30 years as a Dom. A owner of a fetish club , and honesty with all the humble In one espect I was very intrigued by making a good reminder about things that left , even forgotten among time... On the secondly, It gave me a feedback that I am keeppimg all the rules and ethical espects which are super critical for me personally and In general manager of BDSM lifestyle. It also gave me a perspective on all the journey I went through the past years. I am now in a frustrating place when personally I fulfilled all the intentions I had. As well all the wildest fantasies I have and I made them a reality. * Sorry for the long comment I just wanted to appreciate your post. Thank you so much. I'm glad to know that people like yourself administrator here. Take care 🙏💙🙏
04/27/2022 08:53
All magazine articles represent the opinions and thoughts of the authors only.  Nothing purports to suggest an absolute truth.
Follow us:
TwitterInstagram
The Cage Magazine