By CAGE Staff​(staff)     March 3, 2022
There are a lot of different ways that people end up opening their relationship. Open relationships for casual partnerships (and novel encounters!) are a big one. Polyamorous relationships where participants are interested in emotional connections is huge too.

Another type of ethical non-monogamy set-up can be a cuckolding arrangement. Focused mostly on the cuckolding kink during sex (more-so than the relationship style), cuckolding discussions have been gaining in traction over the years. So let’s get into it:

Everything about cuckolding boils down to this: two people within a committed relationship (or marriage) get turned on by the idea of one of the people in that relationship having sex with someone outside of the relationship.

"Cuckolding" can be done for a variety of reasons. Most commonly, you'll see cuckolding done for humiliation and power exchange purposes. The trope is that the newly-invited partner is "better" than the current partner - either through sexual stamina, skill, or physical attributes. You'll see cuckolding kinks tossed in quite often with small penis humiliation, sissification, and degradation.

However, that isn't the only reason that cuckolding might be done. Cuckolding can happen for the same reasons that most threesomes happen - the people involved want to enjoy some pleasure, explore a new type of intimacy, add some intensity to their sex life, and more.

Cuckolding may also be agreed upon for relationship happiness. If one partner is unable to achieve erection, for example, both people may consider finding a third party to help fulfill sexual needs. If one person is uninterested in kink, a third person may be invited in to help fulfill a person's kinky needs in a way that the existing relationship wasn't functional for.

All of this is to reinforce the cuckold’s state: someone who isn’t currently fucking their own partner.

In the kink world, all of this is done with the consent and knowledge of all parties. Obviously, cuckolding without consent does happen, though - and it's generally called "cheating". Historically, "cuckolding" was used with this negative connotation (to mean “cheating”), but the kink community has mostly reclaimed it for positive, kink-focused play. That won’t stop you from hearing "cuck" used as an insult for men in the vanilla world when someone is displaying traits that aren't typically associated with masculinity.

Bull: While I find this term offensive on multiple levels (including how dehumanizing and disposable it makes a human being sound), this is still a common term in cuckolding. The "Bull" is the person who will be having sex with the person who is NOT being cuckolded.

I really, really dislike the term "Bull". For the rest of this article, this role will be mostly called the "Third Party".


Simple Ways for Beginners to Start to Explore Cuckolding Play

Obviously, bringing a third person into the bedroom is how you "achieve" this kink, but for a lot of people who are curious about this kink but not 100% sure, that can be a huge step. Not only does that mean you have an entirely new person's feelings to consider, but it also is going to bring up some really intense, knee-jerk emotional reactions - even if you think you have everything under control. I'll provide some tips for beginning your exploration into cuckolding play below, but until then, here are some ways beginners can explore the sensations and eroticism of cuckolding play without involving another person:

I recommend checking in with your partner after this sex scene is over. Surprisingly, a lot of people can still experience a decent amount of jealousy just by hearing stories about previous encounters. Make sure you’re openly communicating through your jealousy concerns.

Use Dirty Talk During Sex: You never actually have to include another person to start talking about it. Figure out where you and your partner's cuckolding kinks align. Why do you both find an interest in cuckolding? From there, start using some dirty talk during your sexual activity that alludes to those reasons.


Tips for Finding a Bull

Don't Call them a "Bull": First off, despite what the cuckolding community uses, try not to think of this third person as a bull in everyday discussions. It can be hot to dehumanize this person during sex, but thinking of this third party as a disposable toy to add to your sex life is bound to bring up a lot of communication issues - and disrespect to the person when they're finally involved in your life.

Have Serious, Open Honest Discussions - Just the Two of You: Despite getting turned on by cuckolding, quite a few people still deal with a giant helping of "jealousy" after a cuckolding scene. Just because the parts between your legs find something hot doesn't mean that the worrying side of your brain isn't going to have some input.

Before ever thinking about inviting another person into your committed relationship, you need to have seriously long, seriously open, and VERY honest conversations. These conversations might suck, and they might reveal insecurities about your partnership that you'd rather keep quiet. Too bad. If you want to involve more people into your relationship, if you keep those parts quiet, you'll find out that they have a way of bubbling to the surface - only it won't be a nice, private discussion when it finally does explode out mid play-session.

Be Upfront with the Third Party: One of the biggest no-nos is trying to be hush-hush about why you're looking to meet-up when out in the dating world. I've seen a concerning amount of profiles that look like a single woman - with no mention of a relationship or anything. This person “hides” their relationship until they think it’s time for the reveal – sometimes going as far as to wait until the first date!

Trying to "trick" a person into getting involved in your dynamic isn't okay. It's non-consensual, it's gross, and it's just disrespectful. Be upfront about why you're looking for a partner. Yes, it will make the search harder. But when you find the right person, they'll be much more interested in engaging the both of you which can make the situation all-the-more fulfilling.

Think of It as a Relationship: Your Third Party is going to be entering in a relationship with the two of you - not just having sex with one of you. It might be a very casual relationship, but that Third Party still has feelings, needs, and wants. Make sure you check in with them - often - to find out if they're getting what they want out of your pseudo-threesomes. (Plus, honestly, if you find a great Third Party, you're going to want to treat them with respect because....)

It’s Going to be Hard to Find a Good Third Party: If you're in a heterosexual cuckolding relationship and looking for someone to get with your female-identifying partner, you might be surprised by how difficult it is. Go anywhere on the internet, and you're going to find hundreds of thousands of complaints from women about the casual sex treatment than men give them.

Unfortunately, that may not really pan out in your favor when you're trying to find a Third Party.

A lot of casual-sex'ers who are into "married" relationships do it partially because of the taboo of "sneaking around". You're looking to do it out in the open, and this can reduce a lot of Third Party's interests.

Trying to convert an average person into a great Third Party can take time. Most people have heard of cuckolding - but only in a negative sense. Especially when dealing with heterosexual males, the idea of having another man involved can be a very firm hard limit - which can put a large dent in your plans.

Even once you narrow down past those problems, you might find a lot of flakes - or people who aren't interested in getting to know the two of you and just are hoping for simple sex with someone before disappearing. All of this can get frustrating real fast.

Finally, if you manage to find a great Third Party for a single evening, you might be surprised when they disappear into the ether the next day. They might block you – or become entirely uncontactable. Some people just wanted to fulfill a fantasy (which they’ve now accomplished so now they’re done and uninterested). Some people might feel uncomfortable with what they’ve done. Whatever the case, you’re back to square 1 if you want to repeat your cuckolding experience again when someone does this.

Expect to find some frustration in attempting to find another person to add to the bedroom; it's not as easy as you'd think.

I'm not saying that you should enter your cuckolding Third Party search a laundry list of needs, but you definitely need to avoid too many compromises too. If you end up finding a person to invite into your relationship who is only okay if there's zero contact with your current partner - and your current partner noted that they think they'll be uncomfortable if they aren't involved - you're just setting yourself up for failure. Everyone has their own needs in a relationship - even if it's going to just be a casual sexual relationship. Make sure everyone's needs align. If they don't, things have a much higher chance of imploding - and that's no fun.


…But Don’t Forget to Have Fun

Finally, just like any other kink out there, you’re probably into cuckolding because you find it hot – and fun. Cuckolding kinks can strengthen relationships – and they can weaken them too. Doing all of the heavy lifting before you engage in cuckolding can help your relationship lean more towards the “strengthening” – and avoid some of the drama of poorly-communicated needs in a cuckolding relationship.

Once that “hard work” is out of the way, though, don’t forget to have fun. You’re playing with cuckolding because you find it arousing. Do your due diligence – but don’t forget to enjoy yourselves throughout the experience too. 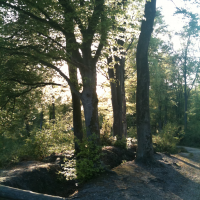 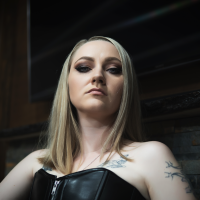 sub jim​(sub male){Want to. B}
O it wouldn't be no problem with me when I'm finally collard I'm looking forward to her letting me watch or here about her enjoying all the cock she wants .even if she wants my vergin@ Ass penetrated. I'm hers
Nov 12, 2021, 5:45 AM
All magazine articles represent the opinions and thoughts of the authors only.  Nothing purports to suggest an absolute truth.
Follow us:
Twitter Instagram YouTube TikTok
The Cage Magazine