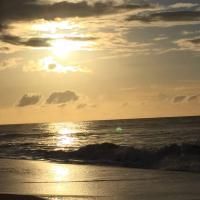 Relationship status
Single
About me
I’m 64, of average build/height, have blue eyes and strawberry blonde hair. I’m single with no kids. While I am not the typical Southern woman, I am fluent in Southernese and understand most dialects and accents. (Yes, there are multiples.) General interests include travel, reading omnivorously, theatre from both sides of the footlights, attending comedy shows, volunteer work, snow skiing when I can find the time, hashing (Google “hash house harriers” for more info on that sport), and annoying the self-righteous. I can bass-fish moderately well, but prefer a catch-and-release approach since keeping them would obligate me to clean and cook them, and that would be risky on more than one level. I love the beach but can’t afford the 55-gallon drum of sunscreen I would need for a whole week, so I only go for a few days at a time to prevent my spontaneous combustion and the ensuing EPA violations. I drink although not excessively, but I don’t do drugs, vape, or smoke. I have a degree in Marketing, and surprisingly have been working in that field for the Army as a civilian for over 40 years. It’s been a great career, but it’s time to retire soon and have new adventures. COVID-19 has put paid to my travel plans for the moment, so I’ll do some grownup stuff in the meantime.
BDSM and me
I’m interested in exploring the world of BDSM without ending up on the evening news. Baby steps are okay, right? Someone suggested I take the BDSM test on line, so I did. Poll says: == Results from bdsmtest.org == 99% Rope bunny 90% Submissive 70% Exhibitionist 67% Voyeur 61% Masochist 55% Sadist 54% Primal (Prey) 52% Vanilla 49% Brat 47% Rigger 45% Non-monogamist 34% Experimentalist 4% Primal (Hunter) 2% Degradee 1% Brat tamer 1% Slave 1% Switch 1% Pet 1% Daddy/Mommy 0% Ageplayer 0% Boy/Girl 0% Dominant 0% Degrader 0% Owner 0% Master/Mistress Shibari fascinates me, both as a potential subject and as the art form that it is. FYI, I flunked the knot-tying badge in Girl Scouts, and some Mondays I do well to keep my shoelaces tied all day.
Limits
Hard limits include death, dismemberment, being thrown in holes in the ground, permanent marks/scars, scat, and illegal stuff. Incest (because I’ve met my family, and “eww”), pedophilia, and bestiality are off the table, too. Spanking would be okay, but not with a flounder—too many bones, and besides, I think that would constitute animal abuse. A girl’s got to have standards. There are probably others I haven’t thought of yet; I’ll update as I discover them.
What's new
I plan on retiring soon and starting a second career in grant-writing. I won’t get rich at it, but perhaps I can help some not-for-profits find some much-needed funding. We’ll see how that goes. In the meantime, this profile is under construction, so please don’t forget to put on a hard hat and a safety vest. I’ll be here for a while, so check back for more revelations.
Update date
Friday, November 27, 2020
Member since
Monday, November 16, 2020
Followed blogs 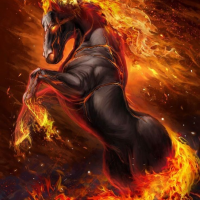 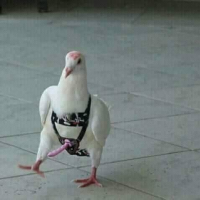 High Up In The Water Tower
DrWakko
1 day ago 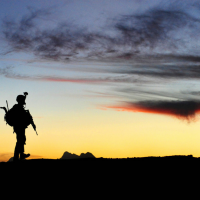