Roses are red, Bruises are blue

My journey of love and depravity.
To the blog   Posts Follow blog

In the vanilla world, social media and dating apps are loaded with options to define your relationship status. Here in the kink world, the options are even more endless. Collared, training, online-only, D/s, M/s, 24/7, only in the bedroom, sadomasochistic, domestic, brat, switch, DDlg, primal, sensual, monogamous, polygamous, polyamorous, pansexual, and the list goes on and on and on. So often I get asked what type of dynamic Sir and I have. I always hesitate because, well, because "it's complicated".

Sir and I are 24/7, but we live in different states. We're long-distance, but we see each other every single weekend. We're D/s but our scenes tend to lean towards M/s roles. Our unstructured playtime is very primal, but we don't have primal personalities or a calling to run in the wild. I have little tendencies and sometimes will fall headfirst into little space, but Sir isn't a Daddy Dom - even though he does love my little side. I'm collared but our training is more of the 'on the job' kind rather than the prerequisite kind. Our play is sadomasochistic but also very sensual. See what I mean; complicated.

This weekend Sir took this picture during one of our scenes. He felt like the moment showed a large part of our dynamic in one snap of the camera.

What you don't see pictured here are the red marks and stripes all over my bum, the mascara streaks on the white sheets... You don't see Sir's hands in my hair pulling my head back painfully nor can you hear his deep lulling voice telling me how good I did.

Was this scene a punishment or a reward?

RiritheSub​(sub female){Taken} - Every dynamic is different but all are beautiful ❤️ Sometimes I feel like we are put in “categories” like you said. This is awesome because I feel like my dynamic is the same, it’s not in a particular category. Thanks for sharing 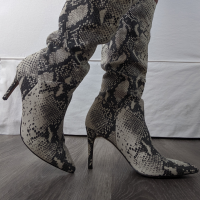 SchrodingersDinosaur​(switch female) - Absolutely gorgeous, AKfS...the picture, the description, the depth...and did I mention how hot that picture is...🤭 I believe I did! Anyway, thank you for sharing your and your Sir's 'complicated' journey with us. 🤗 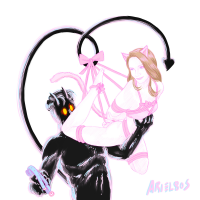 JohnBond​(dom male){Kitten} - you were a very good kitten for both the play and punishment, as you always are. I am a lucky man kitten. 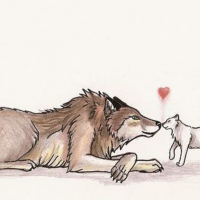