I have written a blog on line for many years at TheEroticist.Com. (Lucky to get that Domain.) It is currently going through housekeeping with a new Theme, but it is still available for viewing.

As an introduction, I thought, over the next few days I might port over some of my earlier posts from my main. When I do get inspired to add a new one, I will probably post there and copy here. Please feel free to comment.
To the blog   Posts Follow blog

I had a small conversation about feelings and the control thereof with CivilizedStallion prompted by his superb blog here.  That and a conversation with my most loved girl this AM prompted me to jot down some thoughts.

CivilizedStallion in his blog "Don't Get Excited" stated that in moments of difficulty between himself and his slave "In the heat of the problem he has two choices... he can either have a visible emotional reaction... letting his emotions dominate him... or he can view the situation as a problem to be solved, internalize it... and dominate his emotions.

"Why do we call this an 'immediate choice'? Because unfortunately he only has a moment to make this choice. The better choice is to dominate his emotions, and solve the problem as a problem by asking 'what needs to be done here?'... but it's also the harder way, because dominance is a skill, and it takes time to develop this skill. "

The thoughts this brought to mind involve the feelings that any difficulty, particularly those that arise within a Master/slave or Dominant/submissive relationship might bring to the fore. Strong feelings can occur for a multitude of reasons, but I feel that “dominating” them may convey a poor solution.

While I agree completely with the process CivilizedStallion points to, I did not want to go on without explaining my thoughts on how the FEELINGS are never wrong and should NEVER be ignored nor suppressed. They are never the problem. The PROBLEMS in my experience come from the SCRIPTS we write about them, the "WHYs".

We reach times when, for a multitude of reasons, we feel dreadful.  We are sad, afraid, ashamed, angry, disgusted, lonely, melancholy or annoyed, etc.  Nothing wrong with that.  But then we write ourselves scripts about WHY we feel that way.  "If only my wife hadn't... My slave should NEVER... Why can't my boss... One More Time, if my kids... Why do I always..."  Then because we do feel dreadful and want to stop feeling dreadful, we have to act and do something on, against, around, or for our partners, bosses, kids, submissives, slaves or ourselves.

I suppose what I am trying to say is...no point, don't bother, forget about it.

Now I am NOT saying that actions can never alleviate problems.  What I AM saying is do not write scripts based on your feelings, just feel them.  Really look at them. Notice where you put them, your head (headaches), your stomach (ulcers), your lungs, your back (the result of that has plagued me since High School).  How do you run from them?  Because that is what scripts are for, protecting your ego and running from your feelings.  Even if your scripts are right.

Even if the reasons you write scripts for your feelings are absolutely correct, writing a script while in the midst of them rather than pausing to allowing your feelings to be felt is a mistake.  As I believe CivilizedStallion explained well in his blog, “...when the ego gets involved people lash out and do and say things that are not conducive to a good dynamic :[SIC] feelings get involved... and hurt. Regret is the result.”

On to the issue of the “immediate choice”. I do not believe that the choice is only between reacting emotionally or controlling the emotions and solving the problem. I believe that an additional wise choice, if possible is, “I hear you, I understand you, and want time to consider my response.” Then go and sit with your feelings. You may find that as painful as they are, they are actually your friend. 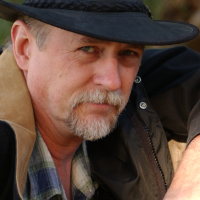 Arach{Say Please} - To CivilizedStallion: First, Thank you, Sir, for the affirming comments. I agree totally with the need for respectful dialogues in ALL areas of life, something quite obviously missing in many.