A general pondering.
To the blog   Posts Follow blog

Why i hate vanilla land....

Its amazing how people twist things around. No concept of boundaries or behaviour and push it onto the other person.

So after a neighbor who asked to see my lady parts as normal behaviour i asked if this was something he often did with female friends and now im being told ive provoked him and he doesn't want any contact with me after giving into being human.

Each time trying to see my boobs or my vagina trying to seehow far he could get. Saying im harsh and lost a friend for giving into being human.

Now ive provoked him been judgemental and harsh. Really?

Oddly asking why i didn't tell him i was uncomfortable at the time after he asked me if i would sleep with him.

This response is exactly why i didn't i say anything at the time.

Self control is important. Calling me judgemental and then saying you apologied when you didn't by saying all these things isn't an apology.

God its hard being a woman sometimes. Even the nice ones can be arseholes.

Mr E​(dom male) - Well that sounds a bit odd really. "You have lady parts and I'd like access so you know, make that happen asap."

rosethorn​(sub female) - The weird bit was calling it a normal

rosethorn​(sub female) - Then saying im provoking him when i asked if he does that to other female friends. If it was normal that wouldn't be the response

FeistyMinx​(sub female){Protected/} - You mentioned that he goes to munches. I'm just suggesting this, skip the next munch. If he asks why you didn't go. You may want to get some pepper spray or something. I don't care what someone's sexual preference is.... This guy is not ok.

rosethorn​(sub female) - I don't go to them.

FeistyMinx​(sub female){Protected/} - My husband and friends outside of here are vanilla and they would never do something like that.

rosethorn​(sub female) - Can you introduce me? Would be nice to know someone nice x 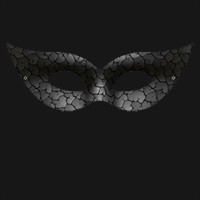 behindamask​(dom male) - What on earth is up with that.

rosethorn​(sub female) - Thanks, but its all good im a big girl ;)

RedKat​(sub female){MidlifeMan} - I agree, it’s damn hard being a woman! I am going to be a bitch but I ‘m going to say it anyway, it would be so much easier to be a selfish asshole man! Lol, yes I did!

Daddy's Lil' Monster​(sub female){NotLooking} - How dumb do these guys think we are?

My ass may be dumb, but I ain't no dumbass. 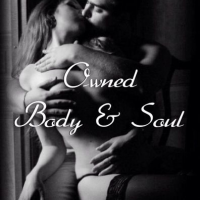 rosethorn​(sub female) - Yeah the calling it normal was weird

Sunshinegirl​(sub female) - Um.....sounds like a restraining order waiting to happen

behindamask​(dom male) - That is a form of sexual harassment, and illegal, or at least in my book it is.

Sunshinegirl​(sub female) - Exactly ^^^^^ I just realized you aren’t in the USA so I don’t know what the laws and rules are in England as far as sexual harassment, but please don’t let it continue. This is not ok!!!!!!!!😡🤬

rosethorn​(sub female) - I was hoping it might have just been a misunderstanding.

FeistyMinx​(sub female){Protected/} - I would just avoid him. Maybe go to different munches.

rosethorn​(sub female) - Thanks, its not just me thinking its weird